Muay Thai knee strikes are one of the most powerful strikes in any martial art. It delivers - flying knee strike especially - an explosive knockout power to your opponent's body.

It is also a great tool for slowly wearing him down with side knees in a clinch fight.
A well-trained fighter can deliver a blasting knee strike that can break the rib cage. 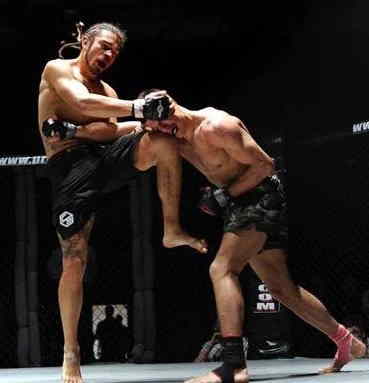 Main Muay Thai knee techniques and how to use them in a fight:


This is one the most common knee strikes: thrust your knee forward to target ribs/liver/abdominal section of your opponent. What's important is that you must thrust your hips forward to deliver this strike and not only lift your knee upward.

It is useful in a clinch fight where it targets your opponent's lower body sections to slowly drain his energy. Then you can hit your opponent in the head from a dominant position when the opportunity arises. This is a powerful technique which works well in the ring and in a street fight as well.

also known as a knee slap is very useful in a clinch fighting cause you don't need much space to deliver it. You can also use it outside of a clinch against an opponent constantly charging at you.

This technique doesn't involve forward thrust. In the clinch, the power of the strike comes from a rotating movement of your knees. Outside of the clinch, it comes from rotating hips and the knee - from the outside towards the opponent - at the same time.

It targets the ribs and both sides of the abdomen. Knee strike from a clinch is not as powerful as an outside knee strike but it also does a lot of damage when used repeatedly.

It is one of the most spectacular Muay Thai knee techniques. To do it jump up on one leg and strike with the same leg's knee. Don't start a jump with one leg and knee-strike with another leg - that's not how you do it.

The desired area of the strike is the head. If the opponent is too far away from you then you might want to thrust it forward and hit him in the chest instead. It is also a great way to close the distance and get into the clinch if you desire so. This attack possesses an explosive knockout power when delivered to the head.


Knees are also great to use in combos:

Or mixed up or with kicks and punches:
Knees are tough by nature so you don't have to condition them as much as shins.
Knee strikes also target rather soft areas of your opponent's body: face, abdominals and thighs. The most common injury with knee strikes are bruises on a softer inside part of a knee from delivering with side knee strikes. You should condition those soft spots on a heavy bag until they get noticeably tougher.