Krav Maga vs Muay Thai: which style is more effective in a fight?

Krav Maga vs Muay Thai: cons and pros of each style.

Krav Maga is an Israeli military hand to hand combat system.
It is a mixed martial art based mostly on Boxing, Karate and Wrestling with some unique elements that makes it more effective in a street fight. 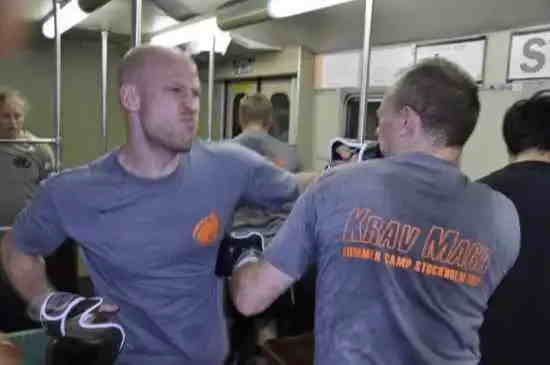 
Krav Maga is a combat system that is practiced by many law enforcement units all over the world. Most of the techniques utilized by Krav Maga makes perfect sense and it is useful for self-defence.

It employs a set of techniques for counter attack, pre-emptive attack and defense at the same time. All of this is very useful for self-defense, maybe except a concept of 360 defense. To a Muay Thai practitioner this doesn't sound like a very useful fighting technique.

Unless you are expecting to be hit with a haymaker by a really clumsy aggressor this technique cause it won't do you any good. That said, other Krav Maga techniques make sense and are more effective in a street fight.


The main problem with Krav Maga is that you cannot fully practise it with your sparring partner.
How could you practice an eye gauging on him or kicking him in the crotch? Sure, you can practice a certain moves on a mannequin but the main problem is that a mannequin doesn't move and it doesn't hit back.

I am aware that you can also practice with a sparring partner in a self-defense suit. The probles is that your opponent will be highly immobilized by the suit. This would still feel like practicing with a slow moving mannequin.

Same goes to utilizing those techniques in the ring. If your goal is to learn a martial art that is effective for self-defence but also suitable for competition, Muay Thai would be the better choice.

. And in full-power sparring you don't have to hold nothing back.


There are situations when your life may be in danger and when you have to eliminate the attacker as quickly as possible. And you have to use all the skills you've got to do it. That is where Krav Maga shines. It will provide you tools to deal with multiple aggressors or an attacker armed with a knife.

And let's not forget that a lot of Krav Maga fighting techniques were borrowed from Muay Thai. Thai Kickboxing doesn't teach how to fight with an armed person, however, it provides you with top level of fitness and a set of straigh-forward techniques that you can use to defend yourself.


If you liked Krav Maga vs Muay Thai you may also like Muay Thai versus other martial arts. Take a look at: