Karate vs Muay Thai: which style is more effective in a fight?


Karate vs Muay Thai: one of the most popular martial art versus one of the toughest stand-up fighting styles.
Both style are based on a different philosophy of training: Karate puts a greater pressure on Forms and Muay Thai on technical sparring.
Karate consists of many different styles that vary in effectiveness, while Muay Thai is more unified. Let's take a look at cons and pros of each style. 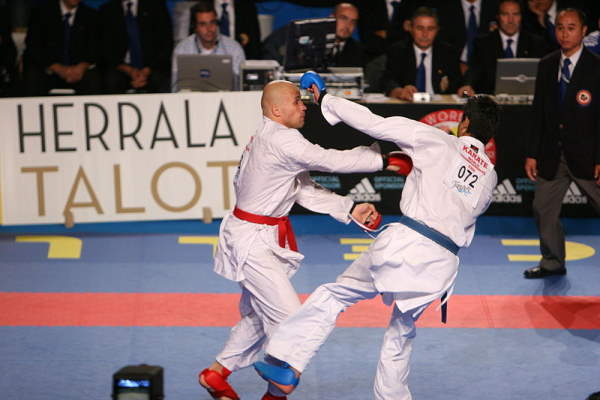 Karate styles and their main characteristics:

Karate vs Muay Thai: which style is more effective in a fight?

There are some exceptions of course. Guys like Lyoto Machida is one of them. He is a successful MMA fighter and a karateka. He started training with his father when he was only 3 years old. He trains a hybrid karate style called Machida style. It is very different than a traditional karate and it puts a lot of pressure on a full contact sparring.

Another important aspect is that due to its use of knee and elbow strikes Muay Thai is much more suitable for the purpose of self-defense.