A brief history of Dutch style kickboxing and what makes it a unique style.

In the second half of the XX century, Japanese martial arts instructors have adapted Muay Thai techniques into Kyokushin karate and called it a Japanese Kickboxing.

A few fighters from Netherlands traveled to Japan to learn this new style and then in the late 70's they have established a new gym in Amsterdam where Dutch school kickboxing was created. Kickboxing has gained a lot of traction in Netherlands in the 80's and it started to be very popular since then. 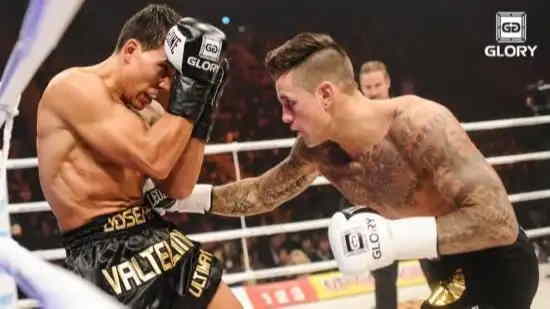 
Dutch kickboxing relies on powerful Western-style boxing combined with heavy low kicks. It also makes use of head kicks and knee strikes. Elbows strikes are forbidden by K1 and Glory competition rules. Elbow strikes are still being trained in the gym just not being used in sparring too often. Dutch style allows but doesn't utilize push kicks or clinch fighting too much.

Despite this disadvantage, the best Dutch fighters could face native Thai champions and win those fights thanks to a heavy, more technically sophisticated boxing and an aggressive style of fighting. Boxing combinations are also used to set up head kicks and heavy kicks to the body.

Muay Thai doesn't have such a good boxing techniques due to a different scoring system which rewards kicks, elbows, and knee strikes much more than punches. But it holds an advantage when it comes to utilizing elbows and clinch fighting: Dutch style does have clinch fighting techniques but they are less sophisticated.

Thai Boxing also has another powerful weapon in its arsenal is a teep, also known as push kick for which Dutch style kickboxers don't have any good answer.

Another thing that is different is a stance - kickboxing stance is more boxing oriented, better adjusted to heavy swings and left+right+left+right strike combinations.
Dutch fighter also puts more pressure o footwork and they generally move around more and strike from different angles.


Dutch style is a very aggressive and offensive and it produced plenty of champions who could face even the toughest native Thai fighters in the ring. The most famous are the fighters from Netherlands such as: From the outside of Holland the most interesting, and famous, fighters are: Most of them fight or used to fight in the past for K-1 or Glory World Series. All of them are known for a pushing forward aggressive approach and good boxing mixed with heavy low kicks.

For a list of Dutch combos take a look at: Dutch Kickboxing combinations.