A guide to Dutch kickboxing combinations

Before we start with the combos let me just describe quickly the difference between Dutch style and American kickboxing. American style is based on Karate and it employs 4 points of contact: fists and legs.

Dutch style is based on Muay Thai and makes use of 6 points of contact: fists, legs (shins) and knees. It also puts pressure on liver shots and heavy low kicks which are delivered with a shin. 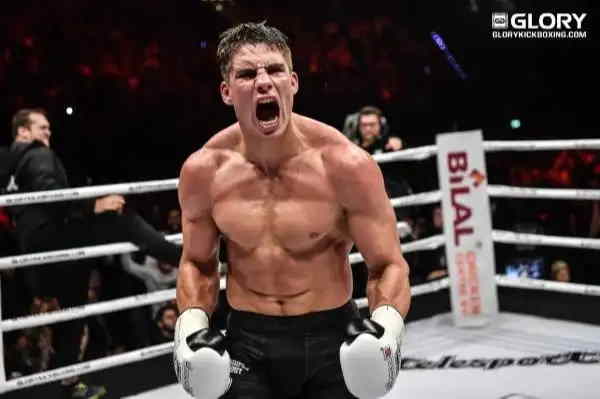 All of those combos are written from a position of an orthodox fighter with a regular stance (ie. left lead leg). You can adjust them for a southpaw stance by changing left to right accordingly.


A few sets of regular Dutch kickboxing combos ending with a kick.


A well-timed liver shot can end the fight instantly. Don't underestimate the power of a liver strike.


Liver shots are very painful and often lead to TKO. This is why you should know how to deliver it but also how to protect yourself from being targeted with those shots.

When your opponent keeps his arms low to protect his liver you can add one more shot to the combo:

When he is ever more defensive and moves his arms up and down to block your strikes on his right side on the body, you can utilize: