A list of basic Muay Thai combinations for training and sparring for orthodox fighters.

Simple combinations that can be used by less experienced Muay Thai practitioners but by all means are useful for more experienced fighters.

I aimed to pick more universal combos that can be used for pad work, bag work and sparring. 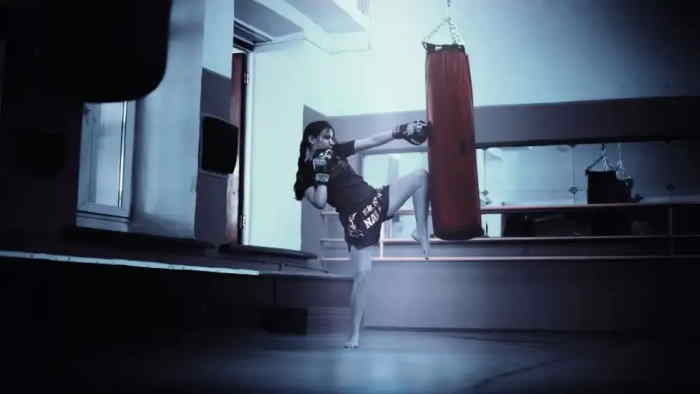 
Jab is the quickest strike and it allows you to check the distance between you and your opponent and set up a heavy combo.


Combos starting with jab+jab setup are simple to learn and simple to use. What is important is that it comes naturally:


Leg kick is a devastating and one of the most painful weapons in Muay Thai arsenal. It is also heavy used in MMA because of its effectiveness. It is not very uncommon in Muay Thai bout to win by TKO-ing opponent with leg kicks.

Even if you don't knock down your opponent with low kicks you will slow him down and make him more vulnerable to your strikes.


A proper boxing used to be the weakest point of traditional Muay Thai. It all changed with introduction of Western boxing to Thailand and incorporation of boxing techniques into Muay Thai.


Simplicity is the key with these combinations. It's easy to learn them down to a muscle memory and use them in fight without thinking about it.


Various simple yet versatile combinations that doesn't belong to other groups:

These basic Muay Thai combinations are great for sparring and for bag workout.

If you want to learn some more combos check out the links below. You will find more more advanced combinations there and also classic 3-count and 4-count combos.