A list of advanced Muay Thai combos for training and sparring

Advanced combos works best when you take control the fight and are able to impose your pace and your own style of fighting on your opponent. 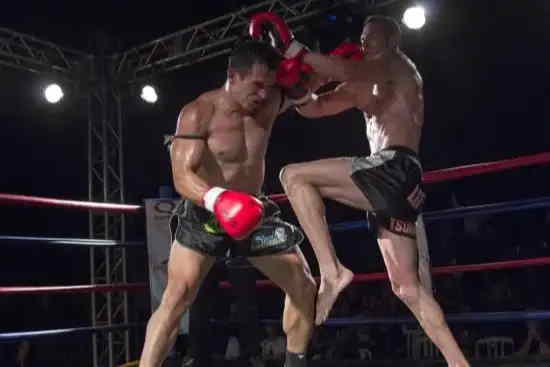 
Many times the difference between an advanced Muay Thai combo and a simple combination is not a number of "counts" but a level of fitness you need to achieve to be able to deliver it successfully to your opponent.

Let's take a look at this kick combo [both orthodox stance]:

Doesn't look like much but you have to be quick and accurate - if you miss the second kick you will not be able to follow up with the third - and the third kick must be delivered right after the second one.

It may feel more natural to make a switch and kick with your left leg at the end of the combo. It all depends on the situation - you have to avoid a risk of a leg catch.


OK, let's get into the business. Pick a few combinations from this list and try them on heavy bag and/or on your sparring partner [orthodox stance]:
And one of Buakaw's favorite combos. A truly devastating combination: This combo can eliminate the opponent from the fight by TKO due to elbow cut.

And finally some effective 4-count combos:
I hope you will find those combos useful. Take a look at a link sectin below to find some more combinations: